What defines fine dining ? In a nutshell first & foremost, fine dining restaurants generally caters to the more upscale society with a price tag heftier than regular , accompanied by beautiful ambience and handcrafted menu items by the chef of the restaurant.That being said, quality control and food presentation is very carefully taken care of when it comes to fine dining; which is why most people would opt to fine dine on special occasions (unless of course you have the money to dine in everyday, who are we to judge?). Definition aside and focusing just within the Subang area, we have compiled for you the top few fine dining restaurants you can bring your loved ones to in Subang. 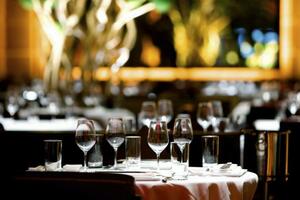